‘Makasutu – mecca in the forest‘ by Jason Florio

The Black Backdrop Portraits –  ‘In the mid-1940’s as German bombs blitzed London. My grandmother and her neighbors hung black sheets to block out the light emitting from the windows of their homes, so as not to guide the Luftwaffe planes on their deadly missions. Over five decades later I was heading to The Gambia, West Africa to start a portrait project based in and around a sacred forest, Makasutu.’ 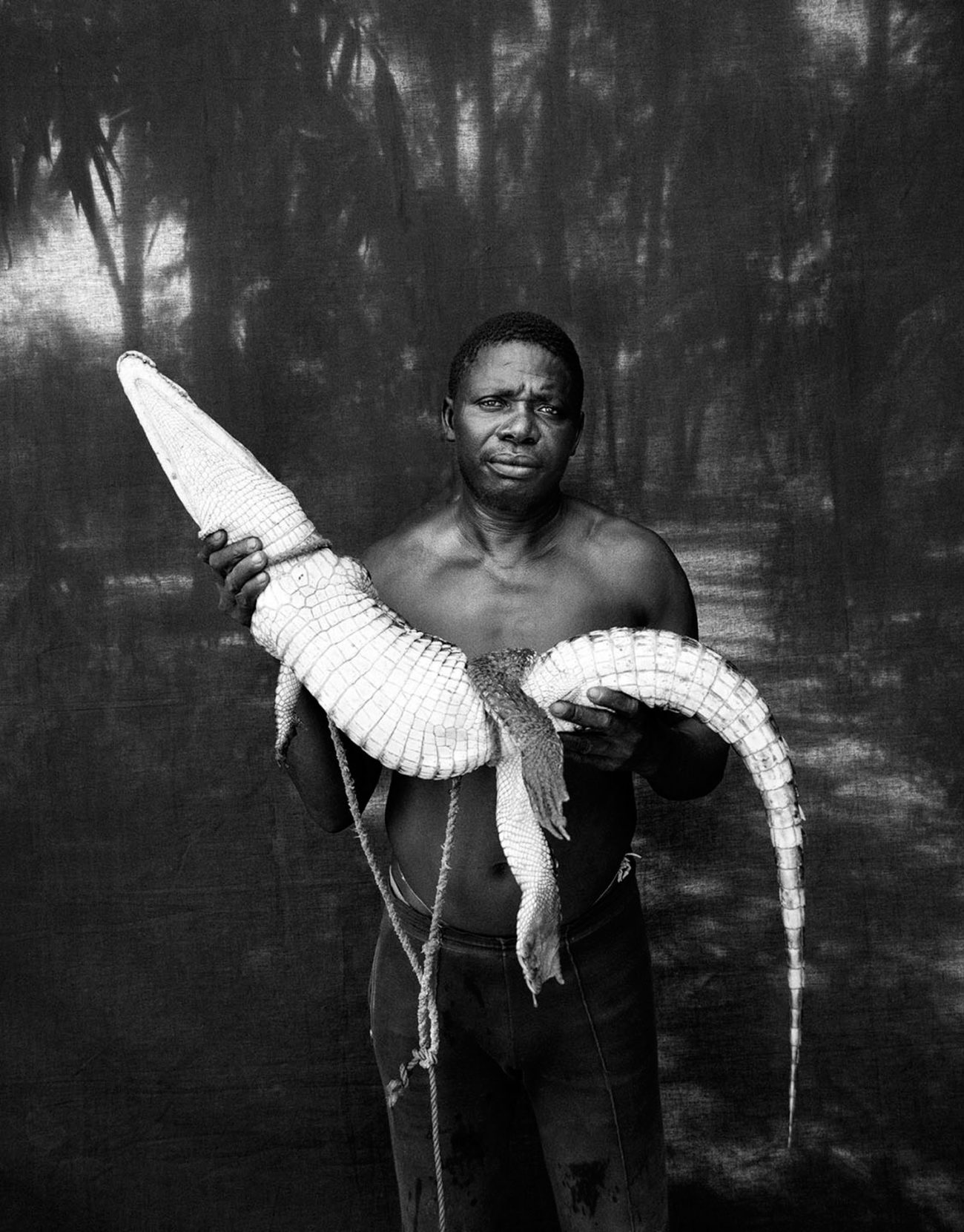 ‘Inspired by the work of Arkansas photographer, Mike Disfarmer, and Malian photographer, Malik Sidibé I decided to use a background cloth to create a simple continuity for each portrait. Days before leaving for Africa I was still searching for a suitable piece of fabric when my grandmother offered up a black bedsheets sized cloth for the purpose.’ 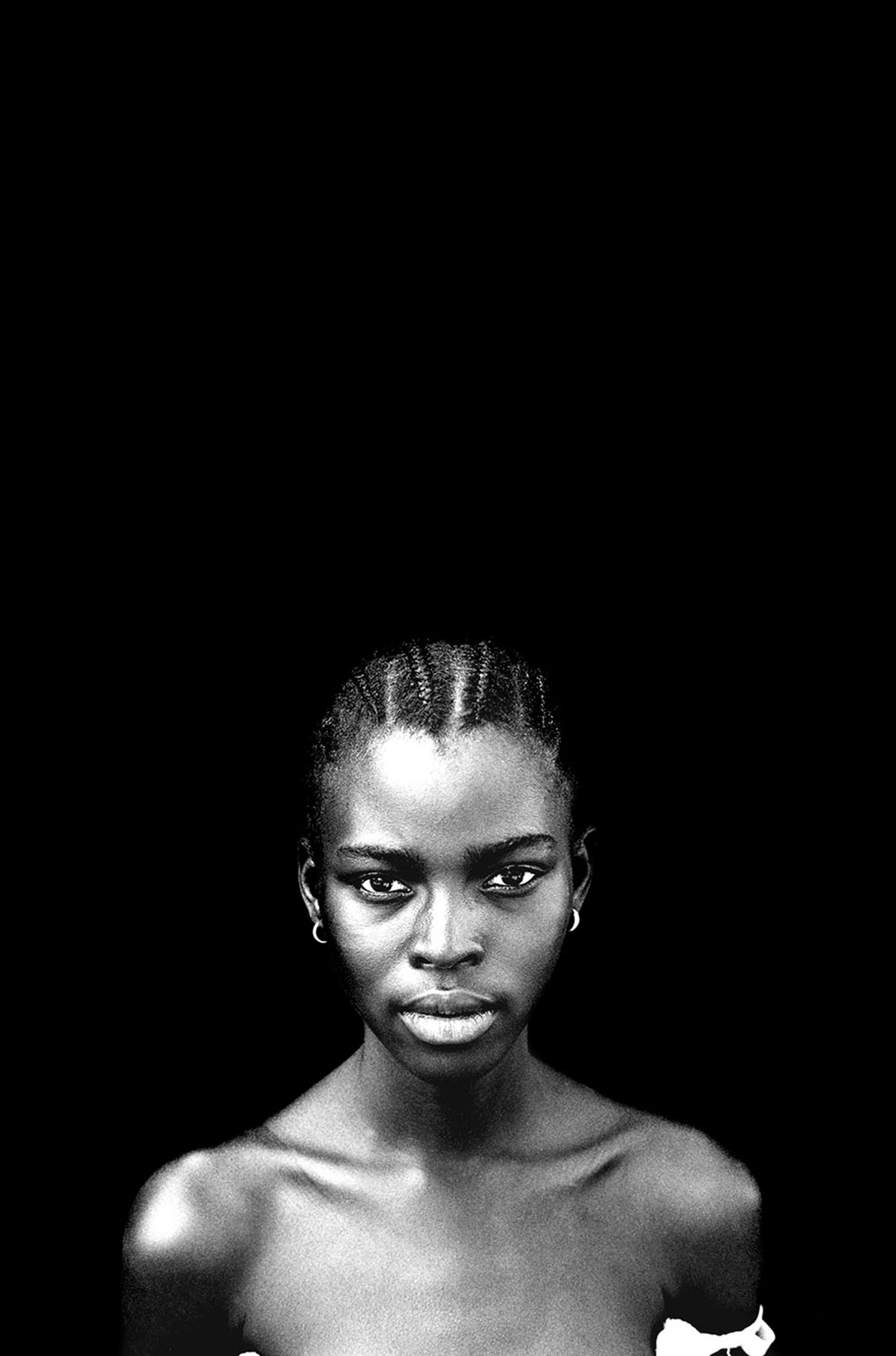 ‘A couple of years ago I asked where she had bought the fabric, as I wanted a backup. It was only then that I found out the cloth was over 70 years old and had been used by the family as a ‘blackout’ curtain during World War Two. Since 1997 I have used the cloth as a background to a number of portrait series of people living in and around areas of conflict and on the margins of modern society.‘ Jason Florio –  ‘Makasutu – mecca in the forest‘ 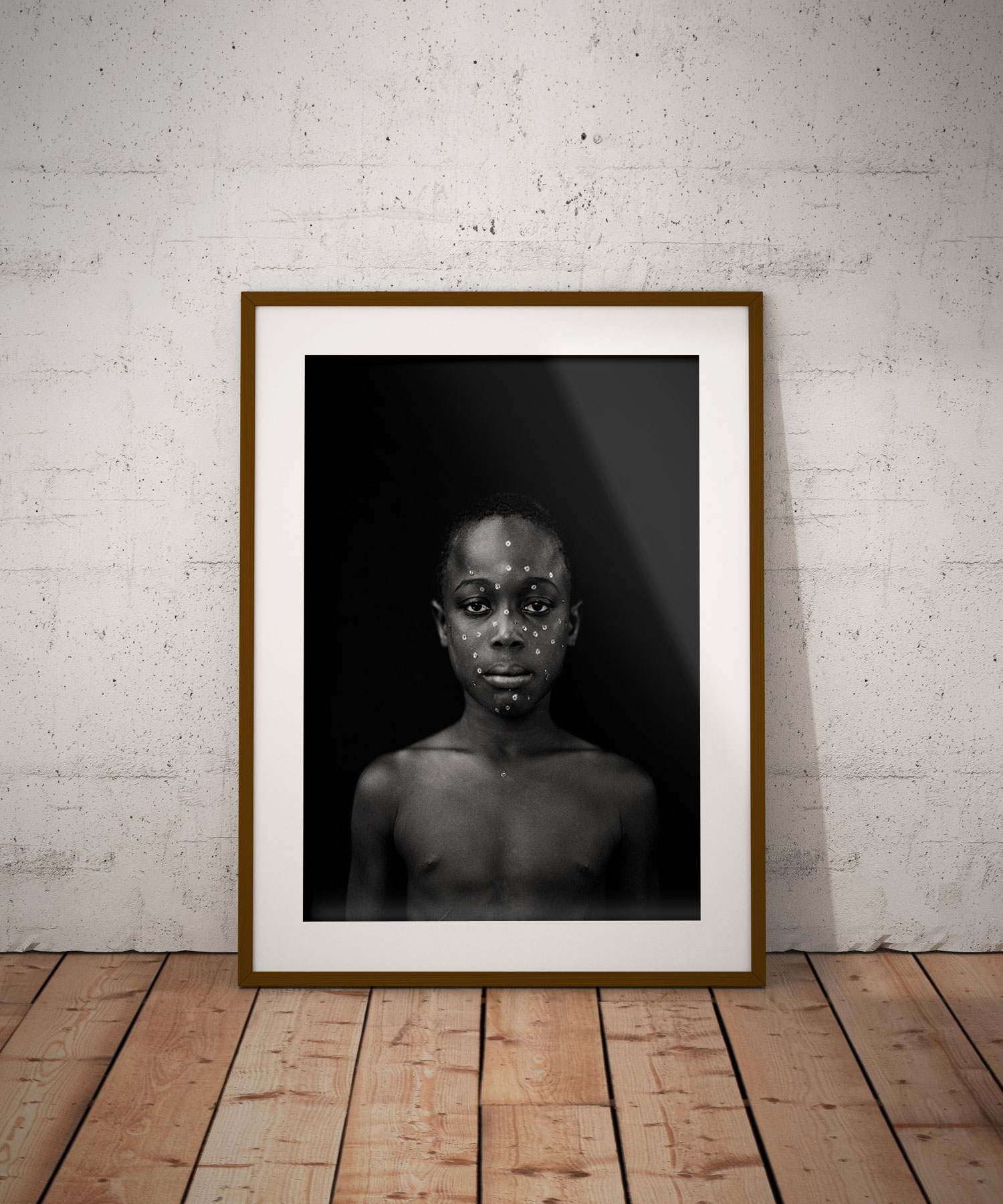 The Black Backdrop – Jason Florio & Helen Jones-Florio, with Mr. NDong, on location for ‘Makasutu’ portraits in The Gambia, West Africa, 2009

Florio’s beautiful ‘Makasutu‘ black and white fine art photography prints are available to purchase, here on the gallery website. And, everything you need to know about prices, editions, sizes, shipping, and more: Print Orders. Alternatively, please feel free to Contact Us directly, with any questions.

You may also like to check out Florio’s ‘World Glance‘ gallery – colour fine art photography prints, from his travels around the globe. 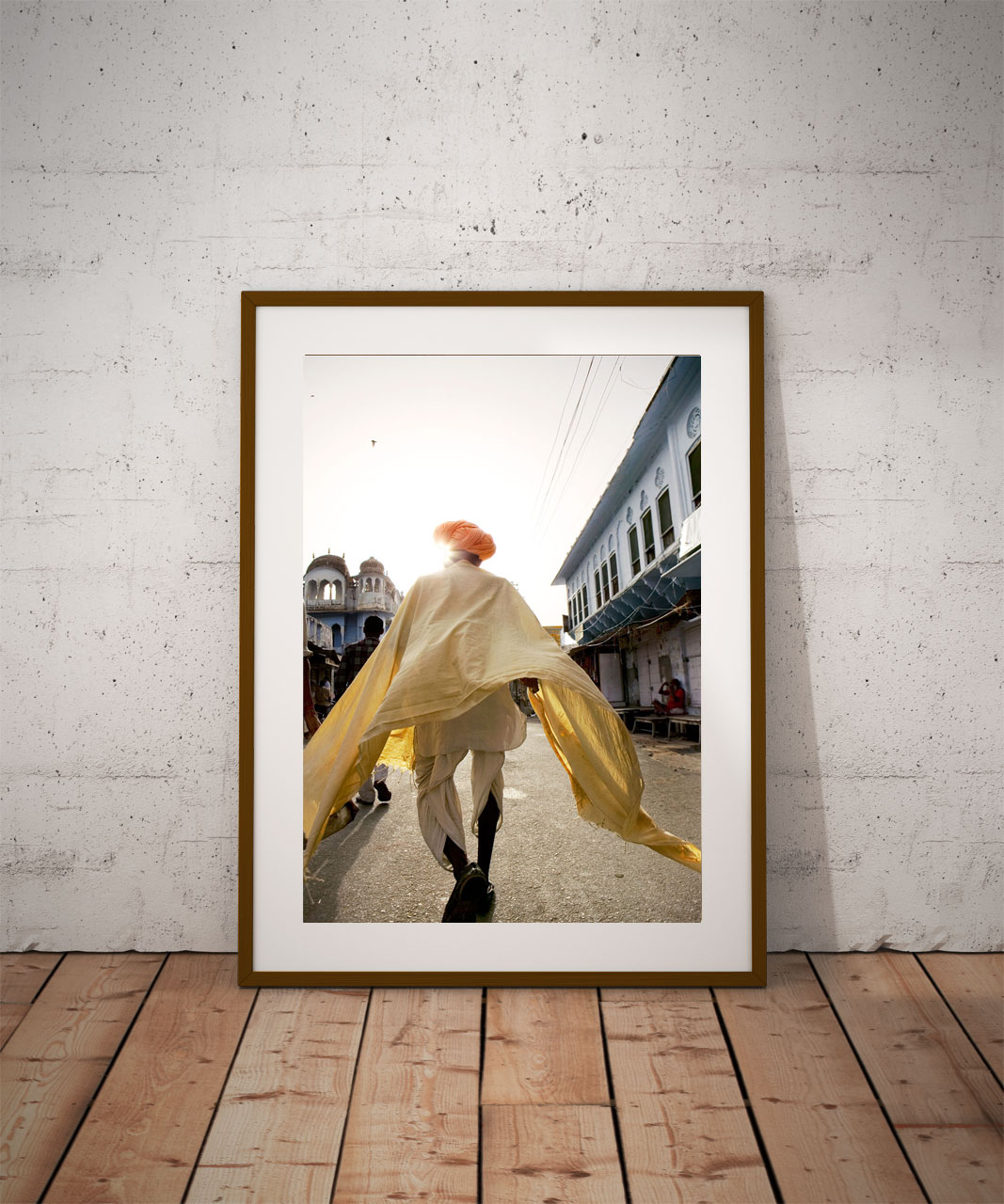 Follow us on Instagram – @florio_gallery – for daily photography print updates from all seven of the Helen Jones-Florio gallery photographers.